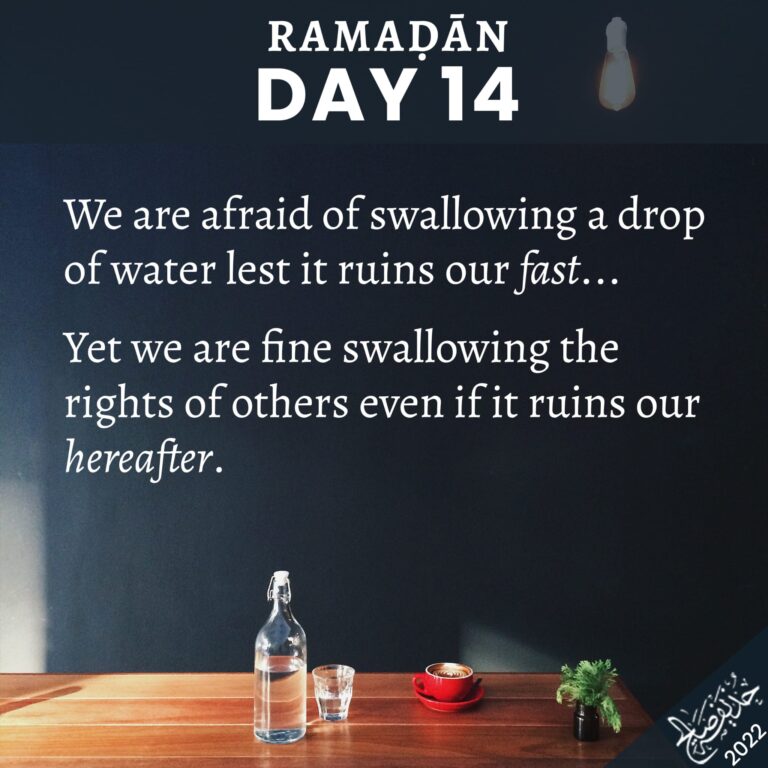 Therefore, for repentance to be complete, the way it is necessary to first feel ashamed of the past sin, then seek forgiveness from Allah, then resolve to keep one’s conduct correct and straight in the future and never go near that sin again – similarly, it is also necessary that the prayers and fasts which were missed due to heedlessness should be replaced by doing Qaḍāʿ for them. Then, any Zakāh which has not been paid earlier should be paid now. If there is a shortcoming in taking care of what was obligatory in Qurbani or Sadaqat ul-Fiṭr, that should be paid off. In short, for ‘the correction of deed,’ the correction of the future conduct only is not enough – it is also necessary to make amends by paying off for obligations left unperformed in the past.

Similar is the case of the Rights of the Servants of Allah (Ḥuqūq al-ʾIbād). If someone’s property has been taken unlawfully, it should be returned to him, or have him forgive it. And if someone has been caused pain physically or verbally, forgiveness must be sought from the aggrieved person. And if, it is not possible or within one’s control to have him forgive it – for example, he dies; or goes away to a place the address of which is not known – then, the way out is that one should make it a point to keep praying for his forgiveness before Allah consistently. If so, it can be hoped that the holder of the right will be pleased and the person who was unable to have the forgiveness of the deceased during his lifetime will become absolved of what was due on him.