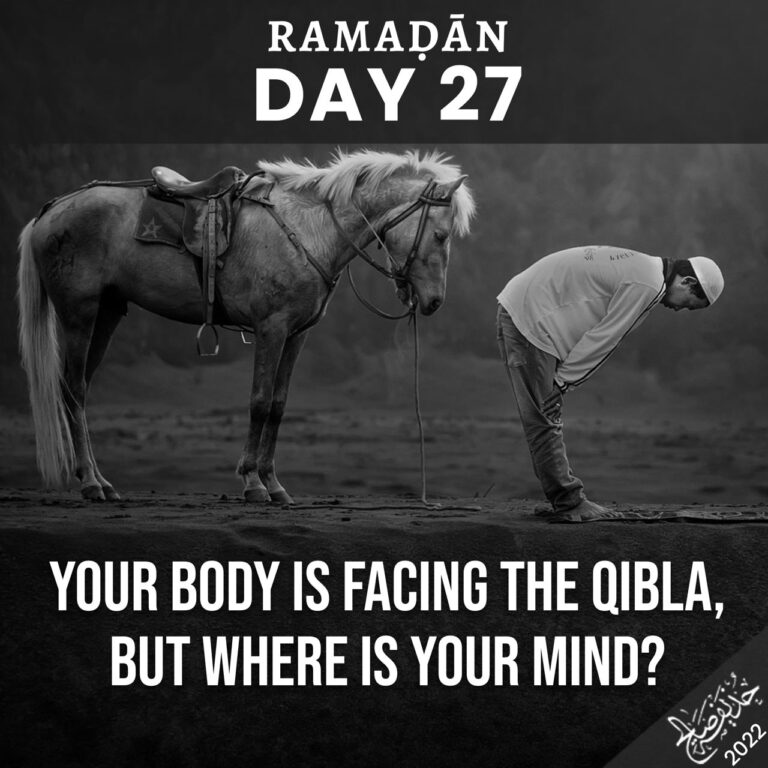 The ʿabd (of Allah) is then ordered to stand with his face in the direction of the qiblah all the while having his heart facing Him as well (being fully attentive to Him) so as to renounce his previous state of rebellion and to stop turning away (from his Lord).

The slave (of Allah) should therefore stand up before his Master in humility and submission calling for His Compassion with his hands thrown at his sides and his head low, while at the same time his heart is fully attentive to Him in a state of humility, as he devotes all his senses to His service and glorification by declaring with his tongue and proclaiming in his heart that He is the Greatest, which is to express that Allah is greater than anything he may have in his heart. And he affirms this statement by dismissing everything except Allah from his heart so his heart is completely occupied with Allah and nothing else. This is because occupying himself with anything else would connote that he finds what he is busy with is of more importance or greater than Allah.

Indeed, a person whose heart is busied with what distracts him from Allah (in ṣalāh) is someone whose heart does not conform to the statement made by his tongue declaring Allah is the Greatest. Having the heart in harmony with the tongue when saying that Allah is the Greatest will strip the heart from the attire of arrogance as such garment does not befit the state of his enslavement to Allah. Furthermore, it would prevent the heart from thinking of anything except Allah. This is because the rights of these two words; Allah is Greater than everything, and the resolve to establish his servitude to Allah through the takbīr protects the heart from the aforementioned defects (being occupied with something else other than Allah and wearing a garment that does not befit the servitude to Allah).

[Inner Dimensions of the Prayer by Imām Ibn Qayyim al-Jawziyyah]